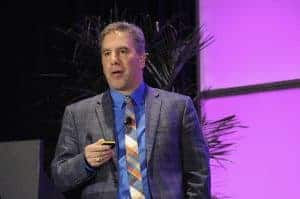 ITASCA, ILL. — Most of us have struggled to squeeze out the last few drops from a packaged consumer good. But did you know that 60 percent of consumers admit they made a mess? Or 18 percent reported farting noises from their bottles?

Consumers hate wasting products they buy more than going to the dentist, he said at the Plastics Caps & Closures Conference.

Pellingra is vice president of Ampac, based in Cincinnati, which merged with Prolamina Corp. when Wellspring Capital Management LLC bought Ampac earlier this year. He entertained cap conference attendees with some revealing statistics from research by LiquiGlide Inc., which develops surfaces that permanently slippery.

Slippery surfaces are needed for ketchup. For hand cream. Lots of products. Waste turns people off: money down the tubes, dumped onto the environment. Nearly 40 percent of consumers said they would not quit until they get every last drop. And 60 percent would spend more than a few minutes scraping and squeezing it out.

At the caps conference, Pellingra tag-teamed with Alex Hoffer, who told the story of Hoffer Plastics Corp.'s Trust-T-Lok closure for pouches.